During free centre time, students are encouraged to decide for themselves what and where they want to explore. This student chose to play with a basket of dinosaurs.

R had all the dinosaurs sorted in two lines, facing each other. He seemed deep in thought while looking at the dinosaurs. The teacher asked, “What’s happening with all the dinosaurs?” He was enthusiastic with his answer and appeared excited to share his knowledge. He seemed to know quite a bit about dinosaurs including the names of various dinosaurs. He also pointed out the spikes on the Stegosaurus’ tail and knew that they were there to protect themselves against other dinosaurs. 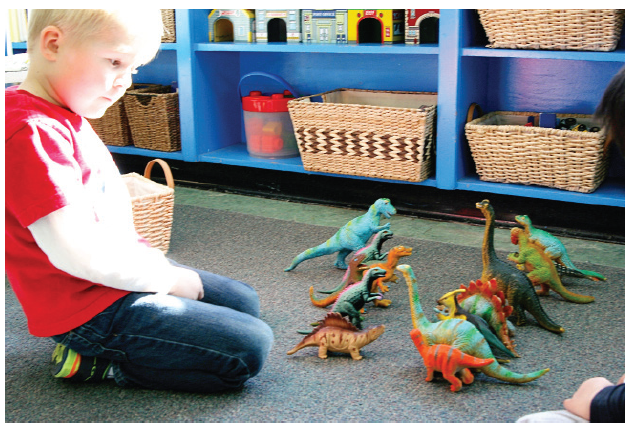