Learning to Be Brave on the Playground

R entered kindergarten in September nervously, crying and holding her mom’s hand.  She was terrified to try new things and didn’t know anyone as they had just moved into the community. She cried every morning at drop off and cried every time she had to enter a new space (e.g. library, gym, music room). She was particularly scared of the playground.

When the class went outside, R would stand next to the teacher for the entire recess time. Friends would ask her to come play, but she politely said “no” to every request.  If the teacher moved around the playground, R would follow. After several months, R started moving slowly away from the teacher. She would place one foot on the woodchips and then take a few steps until eventually she walked all the way across the playground.

In November, the teacher was no longer outside with the class at recess and R was beginning to make some meaningful friendships with her classmates.  In class, they were talking about being brave and trying new things. They were also discussing supporting each other when things are hard or when someone needs help, or a hand, or just a friend to be with them. R was lucky enough to have made a lovely friendship with E who took these lessons to heart.

E continued to support R and build her confidence by repeating, “You can do this. I will help you. I will play with you and walk with you on the playground.” E never gave up on R.

Today, R runs on the playground every day and isn’t afraid to try new things because she knows it will be okay. Her friends will help her, support her, and be there for her. She is now confident and brave enough to support others and often offers to help her classmates when they need a brave friend.

R is very reflective and has grown to be very self-aware. She demonstrates pride and a growing sense of self-confidence that she didn’t have at the beginning of the year.  She has made one very meaningful friendship and, while she used to struggle when that one friend would play with others, she is now learning that it is okay for her friend to play with others. She is also okay playing with others or even on her own.  Yesterday she said to me, “C asked if he could play with me and I said that I want to play on my own right now, but can we play later?” Her face beamed when she told me this and her voice indicated that she was feeling proud and confident. 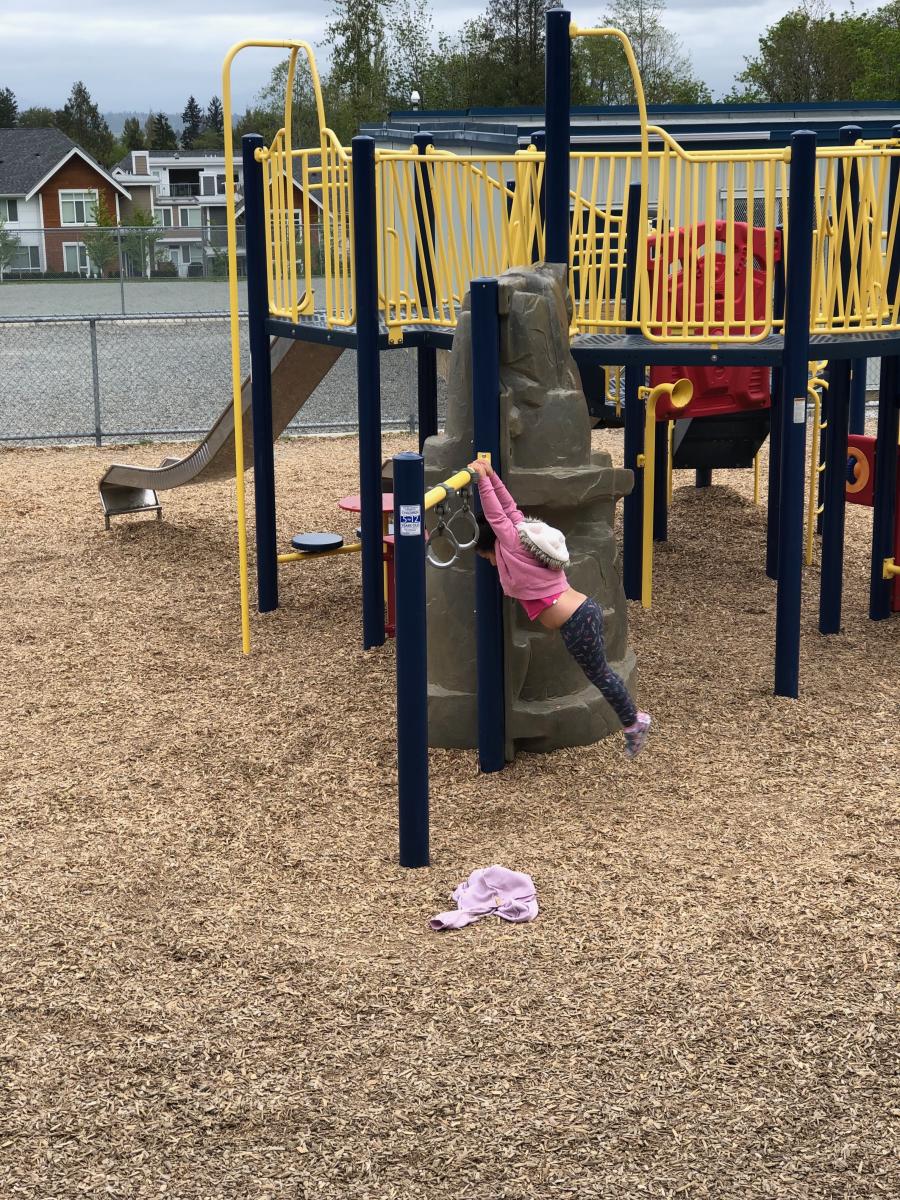 Tell me about the playground when you started kindergarten?

Why were you nervous to go on the playground?

How do you feel about the playground now?

R: Now I don’t feel nervous anymore because I play on it every day.

What made you go on the playground? 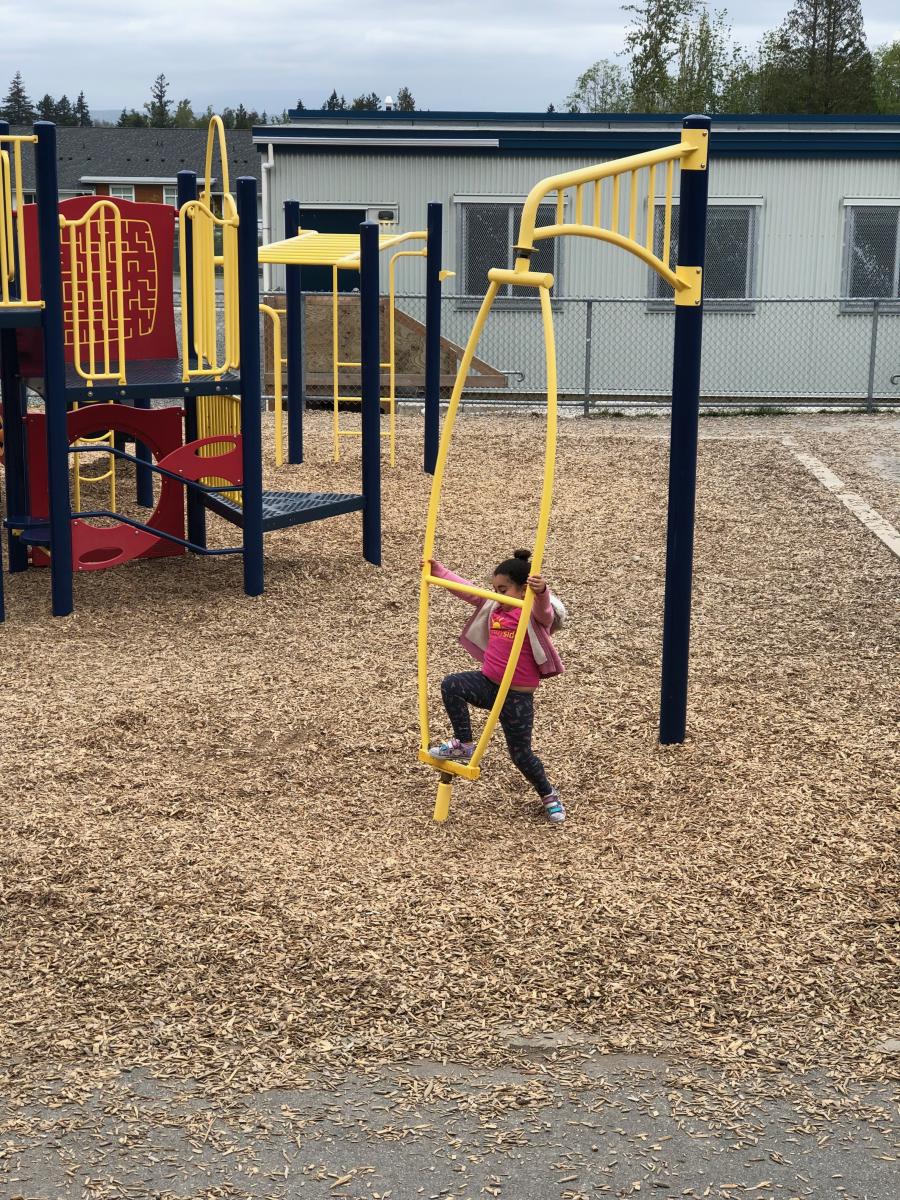 How do you feel about yourself?

R: I feel good about myself and I feel brave.  Now that I am brave I tried to go to the gravel field with E.  I felt proud.  It was not scary.  E supported me because she holded my hand and she helped me go down the stairs to the gravel field.  Then we started playing tag together.  Now I have lots of friends.

How did you make friends? 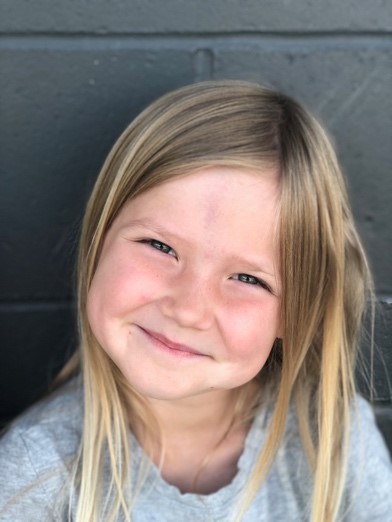 Tell me about your friendship with R

What makes your friendship special and meaningful?

E: What makes it special is, like, we are together and if I am scared, R will help me and she is scared then I will help her.  Just like on Piggie and Elephant when Elephant is too scared to do things so Piggie helps him.  Like when we did our Piggie and Elephant play and R was too scared to talk so I decided we could call the play, “Elephant Lost his Voice” so R didn’t have to talk.

How does your friendship make you feel?

How does your friendship make you a better person?

E: Well, I don’t exactly know that one but I will tell you what I do know.  Our friendship makes me a better person because we always play together and if we weren’t friends that I wouldn’t play with anybody.

How does your friendship make R a better person?

E: Because she is super emotional when she doesn’t have a friend by her side and if she didn’t have anybody then she would just be kinda sad but she has me so she is happy.

Tell me how you supported R on the playground this year.

E: Um, on the up top playground she was super scared so she only wanted to go to the down playground so we just walked down there together.  I went on the playground first and then I just said, “R, why don’t you come play with me here?” and she did. 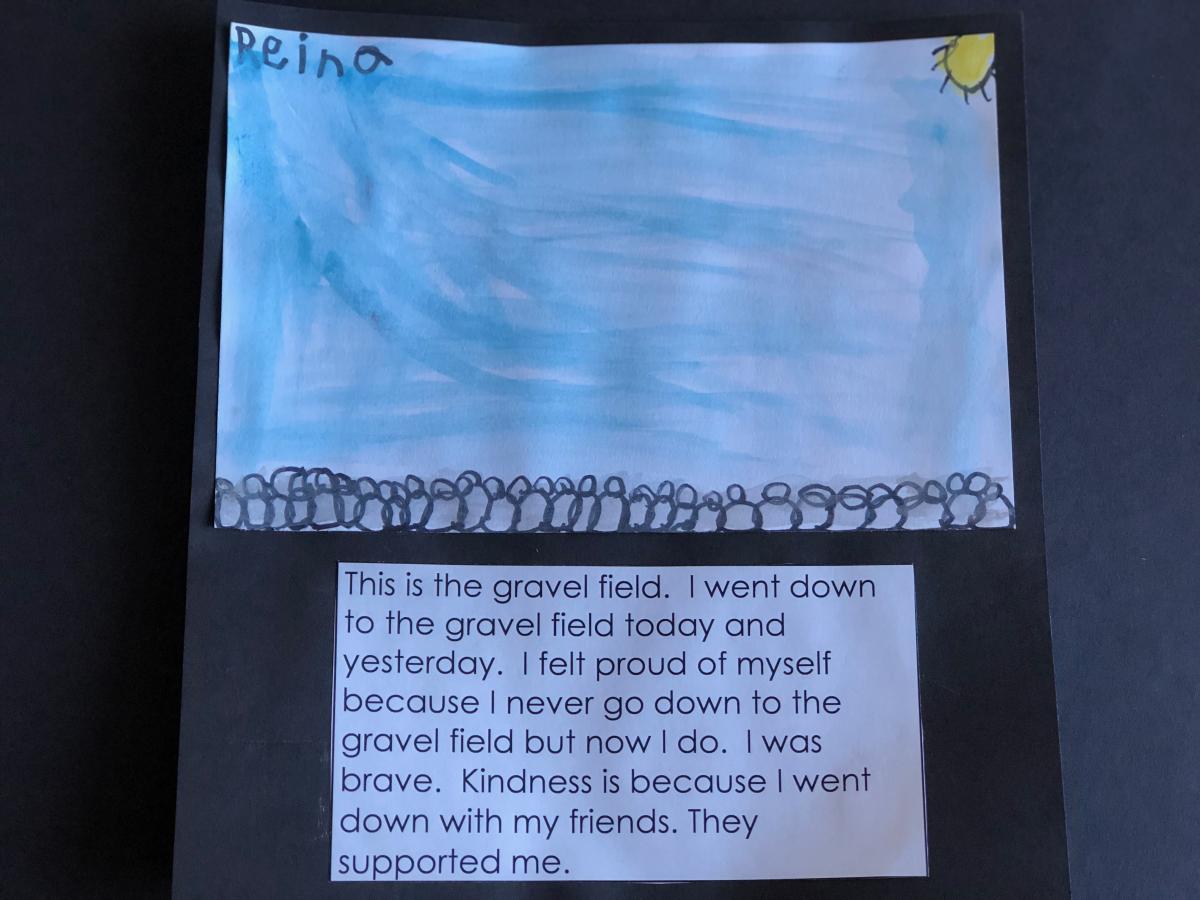 I can take purposeful action to support others and the environment.

I can build relationships and be a thoughtful and supportive friend.  I can identify ways my actions and the actions of others affect my community and the natural environment. I look for ways to make my classroom, school, community, or natural world a better place and identify small things I can do that could make a difference. I demonstrate respectful and inclusive behaviour in a variety of settings, and I recognize that everyone has something to offer.

I  can show a sense of accomplishment and joy, and express some wants, needs, and preferences. I can sometimes recognize my emotions.

I can initiate actions that bring me joy and satisfaction and recognize that I play a role in my well-being.

I can seek out experiences that make me feel happy and proud. I can express my wants and needs and celebrate my efforts and accomplishments. I have some strategies that help me recognize and manage my feelings and emotions. I recognize and can explain my role in learning activities and explorations, and I can give some evidence of my learning. I can describe how some specific choices can affect my well-being and participate in activities that support my well-being.

In familiar settings, I communicate with peers and adults.

I talk and listen to people I know. I can communicate for a purpose. I can understand and share basic information about topics that are important to me, and answer simple, direct questions about my activities and experiences.