"Not a Stick" Sticks

After reading the story, “Not A Stick” by Antoinette Portis, students were asked to turn a stick into something new and innovative. This student made the task fit his current creative project which was to invent a fire starter for campers. 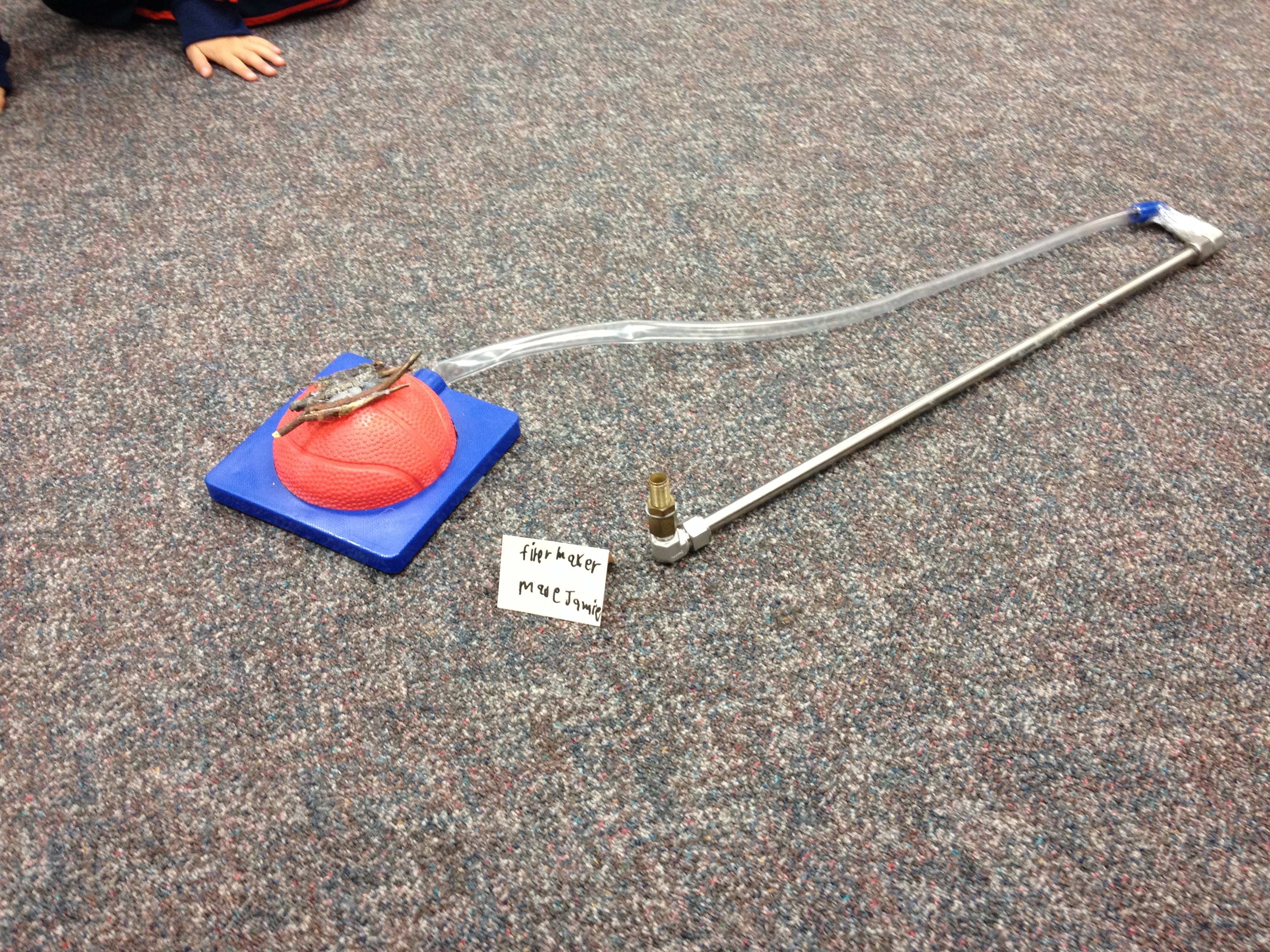 Initially the student had difficulty coming up with an idea during the planning of the project.  It was not until a few days later that the boy told his teacher, “I am probably going to be an inventor when I grow up.” When she asked him what he was going to invent, he began to tell her his elaborate plans to create something to start fires.  “People will want this when they are camping”. He knew quite a lot about starting fires and how they would need oxygen to get started. When the teacher asked him when he got the idea he said, “I was in the shower”. They chatted about how sometimes our best ideas come when our brains are resting. She then asked him if he could use this idea for his stick project. He quickly asked for a new planning sheet and got to work on his design.

He knew oxygen could get the fire going so he knew he needed some way to store and blow the oxygen on the fire. He came up with the idea of using a pump from his rocket launcher toy and attached it to a metal pipe. He broke the stick into pieces and glued them together to make a pedal to pump oxygen into the fire.

This student was able to persevere with the task. Initially he couldn’t get the pipe attached to the plastic tube. He had to make several attempts and turn the pipe in different directions so that the head of the pipe would face up.  He also spent some time struggling with the fact that the first tube he brought to school to use was made of plastic. In chatting with a peer, he realized that the plastic would melt in the fire and decided that metal would be a better option. He thought about a metal bowl or cookie sheet but soon came to the conclusion that he needed something with a hole so that the tube with the oxygen could come through. The next day he brought in a metal pipe.  He explained how he asked his Papa for a “metal tube” for his fire maker. He went to his Papa because “he knows a lot about building and fixing things.”

It was interesting that in some aspects of the project he was able to persevere and try different things to solve the problems on his own, but he also recognized and was able to seek the assistance when he needed help and who to go to for it.

I generate new ideas as I pursue my interests. I deliberately learn a lot about something by doing research, talking to others, or practicing, so that I can generate new ideas about it; the ideas often seem to just pop into my head. I build the skills I need to make my ideas work, and I usually succeed, even if it takes a few tries.